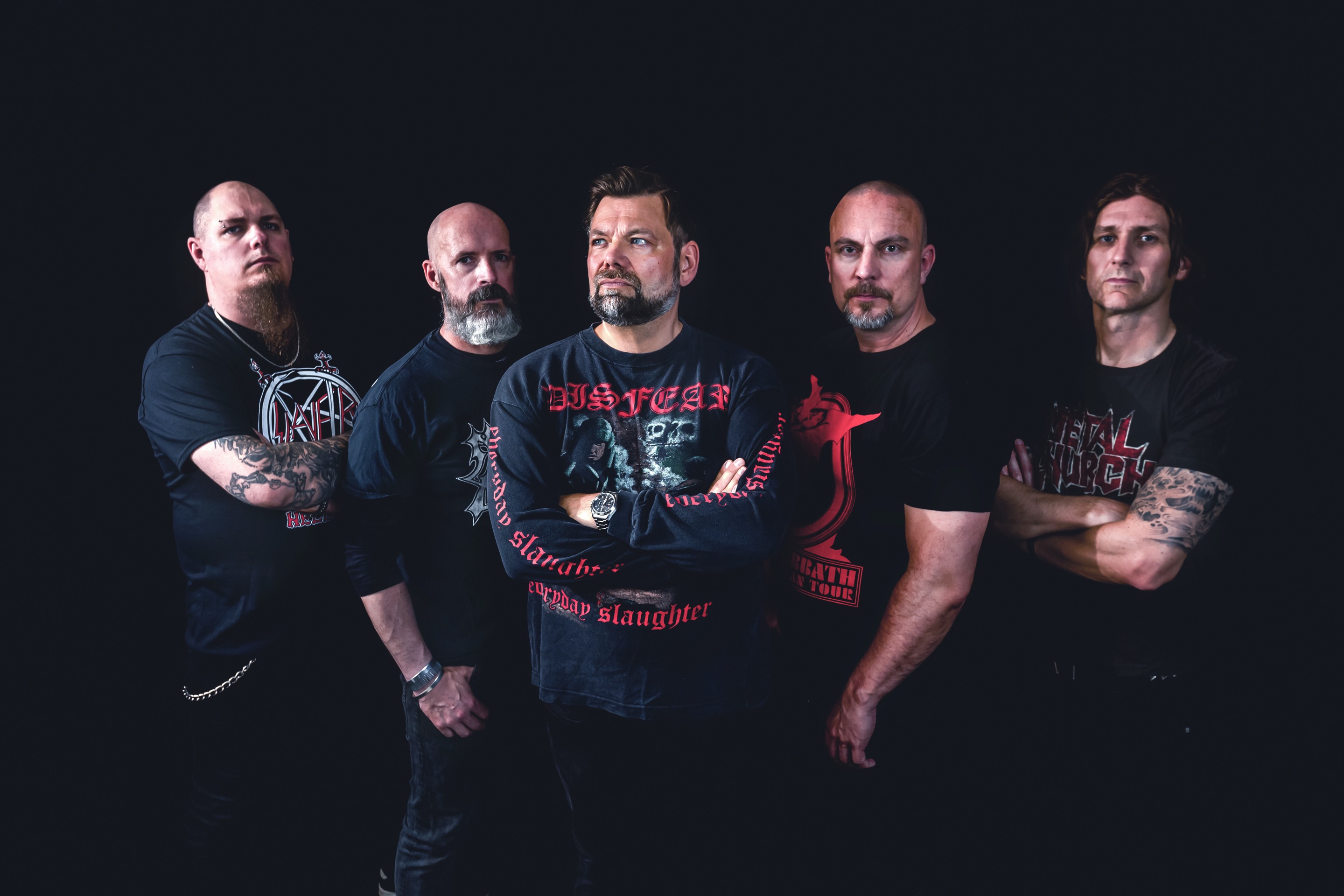 During 2021 MEZZROW rose from the ashes, when bass player Conny Welén and singer Uffe Pettersson decided to make a new mark in the thrash metal world of today and have together with new guitarists Magnus Söderman (Nightrage) and Ronnie Björnström (ex-Defiatory, ex-Aeon) written new killer songs, which have pure thrash metal top-class written all over them.

”Of course we have a bit of a new and updated sound, more mature and dark, but it’s still old school thrash metal in the famous Bay Area style that lays the foundation. We refuse to downtune the guitars and you can definitely hear what Uffe sings! Some of the songs are actually a bit melodic, but in a thrashy kind of way. So don’t worry, we don’t do any ballads”, comments Conny Welén.

The line-up was completed by excellent drummer Jon Skäre (Defiatory, Hulkoff) and the band is currently laying the finishing touches on the recordings, which will be released in spring 2023 on Fireflash Records, a new sublabel of Atomic Fire Records.

”This is absolutely awesome! It´s an honor to get signed to a totally new label with that kind of “muscles”. Markus Wosgien is a legend in the business and with his knowledge and experience, and with the backup power from Atomic Fire, this is without doubt the right decision for Mezzrow”, says the band and Markus adds:

"Joacim Cans from HammerFall gave the guys the tip to contact me, I was surprised to read the name Mezzrow again after such a long time, my curiosity was aroused. When I heard their first five new tracks, they blew me away completely! We got in touch immediately and within a short time the right chemistry for a successful collaboration developed. Thrash Metal fans can look forward to an absolute gem."

The album was produced by Conny Welén, Ronnie Björnström and Magnus Söderman. The excellent mixing and mastering were done by sound wizard Ronnie Björnström(Sorcerer, Meshuggah, 220 Volt a.o.). The artwork for the cover must of course suit the music and therefore it was handled by the great Pär Olofsson who, among tons of other cool covers, recently did the cover for Exodus latest release "Persona Non Grata". Things fell into place, and the time is right for MEZZROW to leave another exclamation mark on the metal map.

﻿”You will be hearing from us in 2022 as we´re releasing a single and a video before Christmas. In 2023 there will be more singles/videos and finally the long awaited successor to our debut album “Then Came The Killing” from 1990. We also hope to be playing live during 2023! In other words: The future´s so bright, we’ve gotta wear shades.”